In 2004, a chance meeting between strangers -a Burmese tour guide and two Americans backpacking through Southeast Asia – forever changed the destiny of more than 12,000 villagers in rural Myanmar.

When Mike and Tricia Karpfen and Thar Nge first visited the remote, mountainous villages of the Pa’O ethnic tribes in 2004, they found gracious communities of subsistence farmers living a difficult life. Historically discriminated against and neglected by the government in Myanmar, many Pa’O people were living as they had for decades due to their government’s neglect:  they had unhealthy water, walking was the primary mode of transportation, and cooking was done on open fires, leaving their homes smoke-filled and their forests shrinking. Village schools were often one-room buildings with dirt floors, and rarely offered an education beyond grade four.  There were no trained health care providers in the villages, and the hospitals and clinics in nearby towns were out-of-reach due to poor roads and limited finances. There were few economic opportunities beyond meager cash crops like ginger, rice, wheat, and sesame.

But despite their struggles, the Pa’O people impressed Mike, Tricia, and Thar Nge with their pride, resourcefulness, and generosity. 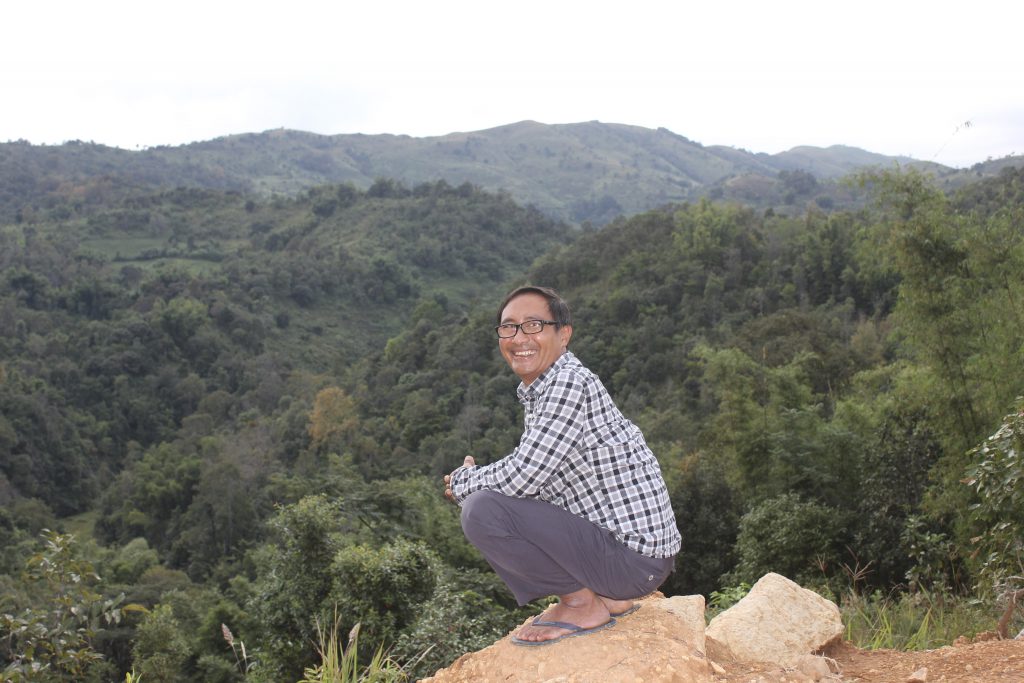 Over a week’s time in the village of Yim Bya, the three saw that life for these generous people was a constant struggle to provide even the most basic necessities for their families—food, clothing, health care, and education.

Moved by the compassion and struggle of those who have so little, Mike and Tricia returned to the U.S. to co-found Shanta Foundation while Thar Nge continued working as a tour guide returning often to Yim Bya to be with new friends.

Before leaving the villagers in Yim Bya, the group had promised they would raise funds and return to build a school. Two years later and with funding secured, they let villagers in Yim Bya know they were on their way. By the time they arrived less than one week later, community members had already begun leveling the ground and building the foundation.

It has continued to be the case that in so many villages: people just needed someone to believe in them. 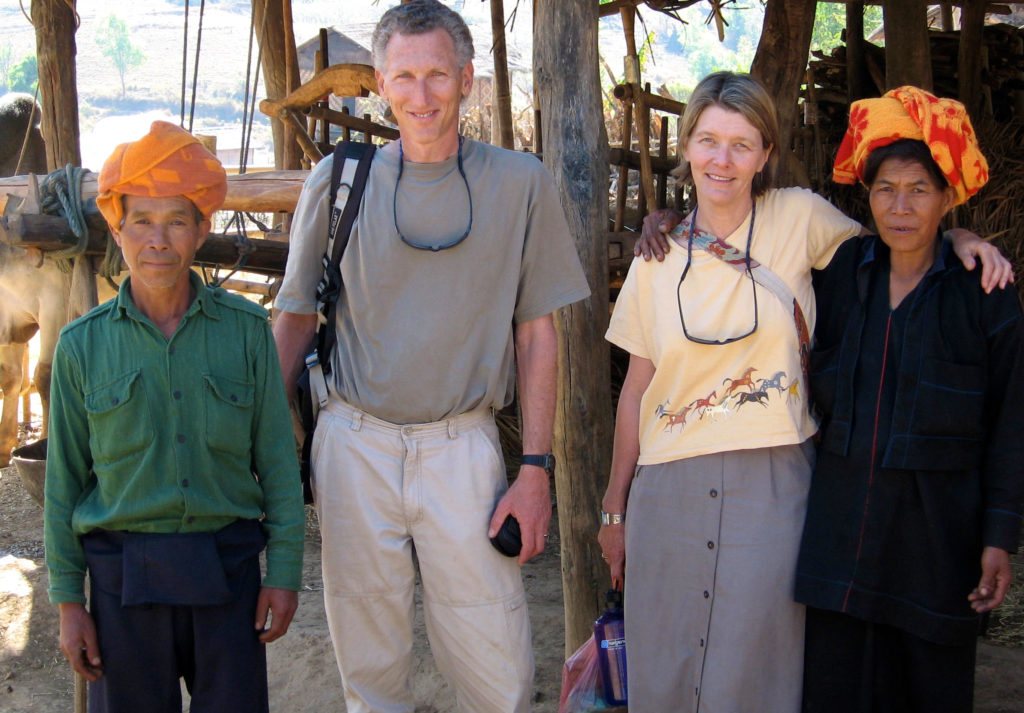 After building the school in Yim Bya, it became apparent that to have a lasting impact on the lives of villagers, a longer commitment and more creative approach was required. Kids couldn’t attend schools if they were sick, so villages needed health care; building materials for the schools couldn’t make it to the villages on bad roads, so they needed infrastructure repair.

In February 2008, Shanta held its first health clinic and hired Dr. Khaing Zar Oo (Nge Nge)as a translator. Immediately the team learned Nge Nge had much more to give than translation skills; she was hired as the mobile clinic medical officer in March of that year.  Thar Nge and Nge Nge then co-created Shanta’s sister nonprofit organization in Myanmar, “Muditar”; a Burmese word that means empathetic joyfulness —the idea of experiencing happiness and peace while seeing others happy and prosperous.

For the next three years, Thar Nge and Nge Nge worked with great heart and skill to build Muditar, launching new village partnerships, implementing all projects and programs, and finally bringing on new staff in 2011.  Leading the fundraising from Durango, Colorado, Mike and Tricia would visit once or twice a year to lead team development and visit each village to help the team evaluate and develop programs.

Thus was born Shanta/Muditar’s innovative and sustainable approach to community-led development that includes a full array of sustainable development programs. Now, fifteen years later, Mike, Tricia, and Thar Nge’s chance encounter and ongoing commitment have resulted in life-enhancing opportunities for thousands of villagers in Myanmar with programs that continue to reach more and more people each year. 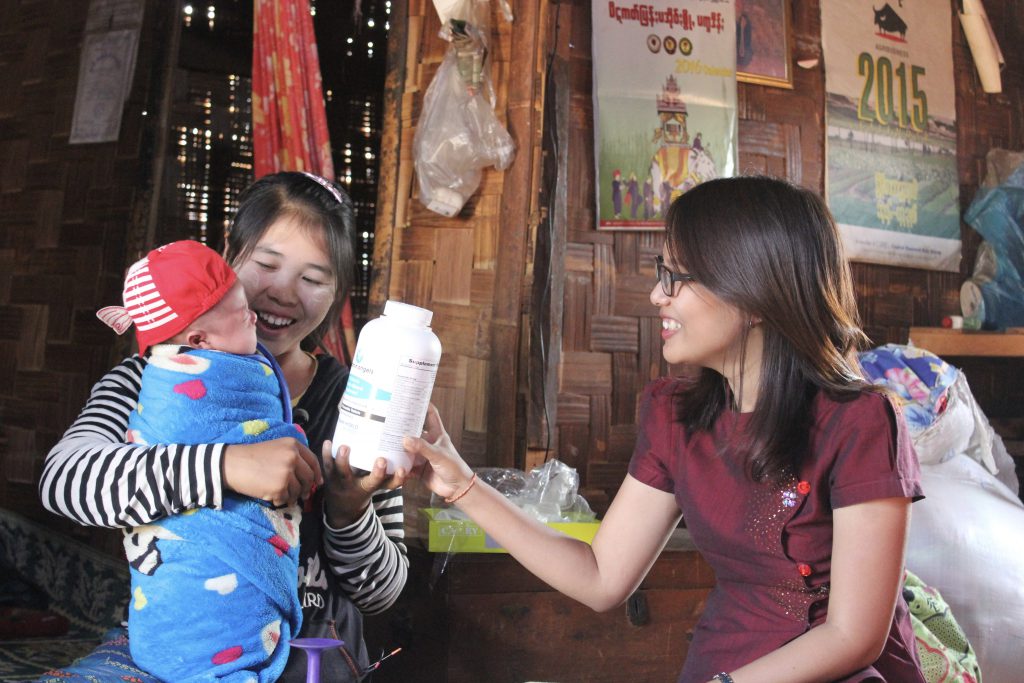 “The actual benefit does not start when we start the activity, the actual benefit starts after the activity and you see the results of the work accomplished. Sustainability is the most important facet to development work; Shanta/Muditar works with villagers over six years to ensure sustainability. When villages graduate they have a sustainable source of funding, skillful leadership that includes women, and an experienced community working together to continually improve the quality of their lives. I am grateful to be part of the process that helps our loving villagers create more developed and prosperous communities in our countryside. “-Nge Nge

“The changes I’ve seen are inspiring and humbling. What we’re doing over there isn’t just a one-off: “now kids have a school” or “now families have a motorbike”. All the pieces are related and they come together so the entire community’s quality of life and sense of opportunity has been elevated by the programs we’ve supported.”–Tricia

“Why we can’t do it??? We can do it!!!! I always keep that in my mind while I’m working for the community and here we are today.”–Thar Nge 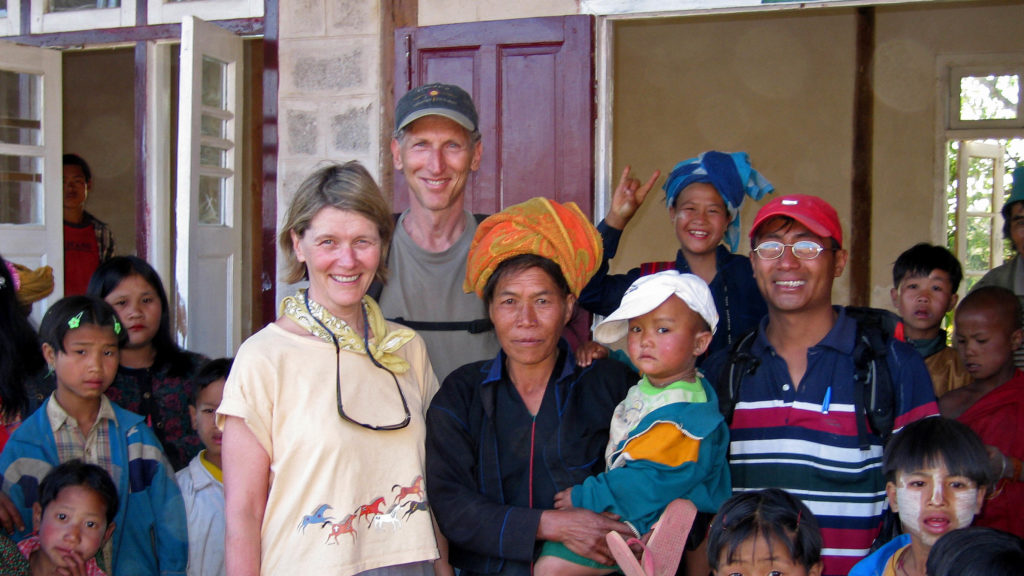